Posted in Liberty and power 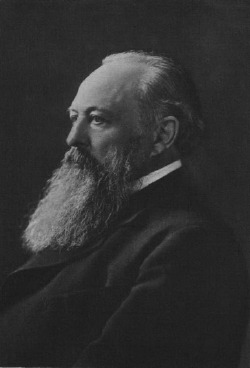 Lord Acton (1834-1902) was one of the great historians of the Victorian period and one of the greatest classical liberal historians of all time. His theme was “the history of liberty”.  He wrote to Bishop Creighton in a series of letters concerning the moral problem of writing history about the Inquisition. Actonbelieved that the same moral standards should be applied to all men, political and religious leaders included, especially since, in his famous phrase, “power tends to corrupt and absolute power corrupts absolutely”

Here is the quote in Context: Here, again, what I said is not in any way mysterious or esoteric. It appeals to no hidden code. It aims at no secret moral. It supposes nothing and implies nothing but what is universally current and familiar. It is the common, even the vulgar, code I appeal to.

Upon these two points we differ widely; still more widely with regard to the principle by which you undertake to judge men. You say that people in authority are not [to] be snubbed or sneezed at from our pinnacle of conscious rectitude. I really don’t know whether you exempt them because of their rank, or of their success and power, or of their date. The chronological plea may have some little value in a limited sphere of instances. It does not allow of our saying that such a man did not know right from wrong, unless we are able to say that he lived before Columbus, before Copernicus, and could not know right from wrong. It can scarcely apply to the centre of Christendom, 1500 after the birth of our Lord. That would imply that Christianity is a mere system of metaphysics, which borrowed some ethics from elsewhere. It is rather a system of ethics which borrowed its metaphysics elsewhere. Progress in ethics means a constant turning of white into black and burning what one has adored. There is little of that betweenSt. Johnand the Victorian era.

But if we might discuss this point until we found that we nearly agreed, and if we do argue thoroughly about the impropriety of Carlylese denunciations, and Pharisaism in history, I cannot accept your canon that we are to judge Pope and King unlike other men, with a favourable presumption that they did no wrong. If there is any presumption it is the other  way against holders of power, increasing as the power increases. Historic responsibility has to make up for the want of legal responsibility. Power tends to corrupt and absolute power corrupts absolutely. Great men are almost always bad men, even when they exercise influence and not authority: still more when you superadd the tendency or the certainty of corruption by authority. There is no worse heresy than that the office sanctifies the holder of it. That is the point at which the negation of Catholicism and the negation of Liberalism meet and keep high festival, and the end learns to justify the means. You would hang a man of no position, like Ravaillac; but if what one hears is true, then Elizabeth asked the gaoler to murder Mary, and William III ordered his Scots minister to extirpate a clan. Here are the greater names coupled with the greater crimes. You would spare these criminals, for some mysterious reason. I would hang them, higher than Haman, for reasons of quite obvious justice; still more, still higher, for the sake of historical science.

The standard having been lowered in consideration of date, is to be still further lowered out of deference to station. Whilst the heroes of history become examples of morality, the historians who praise them, Froude, Macaulay, Carlyle, become teachers of morality and honest men. Quite frankly, I think there is no greater error. The inflexible integrity of the moral code is, to me, the secret of the authority, the dignity, the utility of history. If we may debase the currency for the sake of genius, or success, or rank, or reputation, we may debase it for the sake of a man’s influence, of his religion, of his party, of the good cause which prospers by his credit and suffers by his disgrace.

Then history ceases to be a science, an arbiter of controversy, a guide of the wanderer, the upholder of that moral standard which the powers of earth, and religion itself, tend constantly to depress. It serves where it ought to reign; and it serves the worst better than the purest.

There is much more toActon’s letters than just the occurrence of his most famous phrase that “power tends to corrupt and absolute power corrupts absolutely.” The context is the question of how religious historians should handle the corrupt and even criminal behaviour of many Popes, and the appalling treatment of dissidents and heretics during the Inquisition. This leads Actonto talk about the universal nature of moral principles, the requirement for historians to use such principles in the assessment of historical figures, the tendency of these powerful historical figures to be “bad men”, and that it was the function of historians to “hang them” (whether he meant this literally of metaphorically is not clear). In the third letter to Creighton, Acton quotes with some approval a conversation he had with John Bright, one of the leaders of the Anti-Corn Law League, who stated to him that “If the people knew what sort of men statesmen were, they would rise and hang the whole lot of them.”