Who is the “disco don” of the Dark Side? 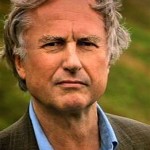 When I wrote my open letter to Richard Dawkins (‘Letter to an Influential Atheist’) which he was kind enough to quote in ‘The God Delusion’ I was at all times very polite to him. Giles Coren is less courteous in today’s London Times. Coren refers to Dawkins as ‘the Nerd King, preening master of self-promotion, slippery old silver fox, “disco-don” of the Dark Side, God-slayer and pompous champion of the Atheist Delusion’ who ‘got all tangled up trying to deliver the subtitle of “The Origin of Species” on the Today programme.’ Coren says that when this happened he was ‘beside himself with glee like almost everyone in Britain apart from Lucifer himself …’ I would never be so rude.