What does it mean to be on the right politically? 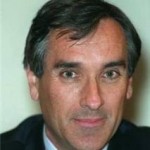 As UK Tory MP John Redwood points out today, the liberal media tends to call anyone “right” as a term of abuse for people they disagree with.  The “right” within the Conservative party is a term used  to describe a wide range of people, often with very different views on issues.

As John points out, there are, for example, right wing  liberals, and right wing authoritarians. The right wing freedom lovers want more civil liberties, seek proper checks and balances to the abuse and use of state power, distrust ID cards, excessive stop and search, detention without trial and the rest.  The right wing authoritarians think the state’s prime duty is to defend its citizens. They think the state might have to restrict freedom, keep more records, spend more on police, prisons and surveillance.

Curiously, the first group of “right wingers” often find themselves in alliance with “left wing” civil liberty lobbies. The second group of authoritarians have more in common with Blunkett and the populist authoritarianism of New Labour.

There are then, as Redwood reminds us, the small state “right wing”  Conservatives, who want the state to do much less, spend, borrow and tax less. These are countered by the better state Conservatives, who want expanded Armed forces, police and security budgets and budgets for some other public services even at the cost of higher borrowing and taxes.

There are “right wing” moral Conservatives, following a Catholic or often evangelical style morality. They want tight control on abortion, religious education, tax breaks for the married family, support for traditional families. There are then the new liberal right wingers, who want much greater freedom for various lifestyles, and favour liberalising drugs, and avoiding moral comment on how people live.

In foreign policy there are “new right” neo-cons, who support muscular intervention, often led by theUSA. They gave Tony Blair strong support forIraqandAfghanistan. They are opposed by small state Conservatives, who disliked the assertion of force in the Middle East by theUK.

Then some Labour people were upset by the attack on civil liberties mounted in the name of counter terrorism by the last government. They do end up voting with Conservatives to curb the powers of the state.

The Catholic and evangelical family (strange bedfellows pointing to another surprise!) agenda has adherents on the Labour benches as well as on the Conservative benches.

So it is all a lot more complex and fluid than a simple left-right analysis would suggest.  Do comment on this blog and tell me where you fit into this complex picture!