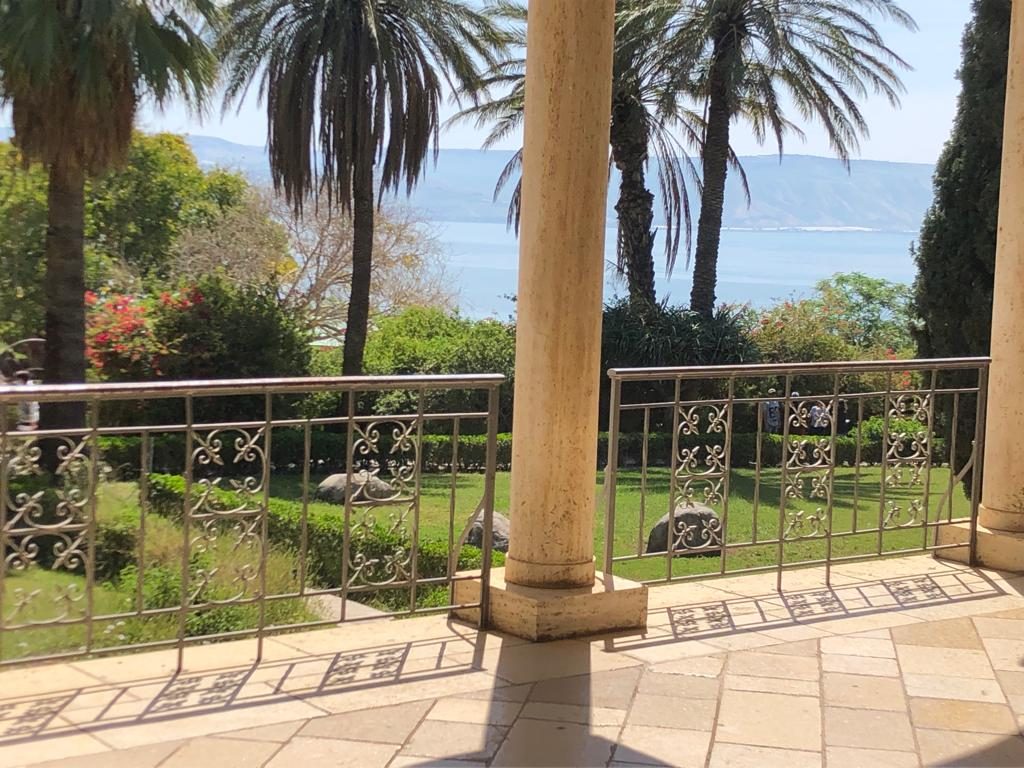 Friday 22 April I drove Sheila, her sister and our niece from our guest house

Here, at the Mount of Beatitudes, our Lord’s Sermon on the Mount is

The site is beautifully kept with lawns and flower beds. In 1937 they built a

church to a design by the Italian architect Antonio Barluzzi. We have enjoyed

visiting several of his churches while in Israel.

The church has fine views of the surrounding countryside through the

horizontal windows in the lower walls. In the upper windows they have written

the eight Beatitudes. Outside in the garden the Beatitudes are written in many

We sat down in the warm sunshine outside the church and I read the Beatitudes to my fellow pilgrims. All around us the atmosphere was reflective and some visitors were making good use of areas set aside for worship.

to Jesus while he made Capernaum his home and base for his Galilean ministry.

they had been overwhelmingly influenced by the Sermon on the Mount. Tolstoy took from Christ’s great sermon his doctrine of pacifism. How sad, I reflected, that neither Russia’s current leader, nor it seems the leadership of the Russian Orthodox Church, has followed Tolstoy’s teaching.

I am writing this in Israel towards the end of April. Maybe, before you read this, the church in Russia will have a change of heart and remember the insights of one of the world’s great novelists and Christian convert.