Thomas Charles and friends get William Wilberforce on board, Part 8 of the Mary Jones story 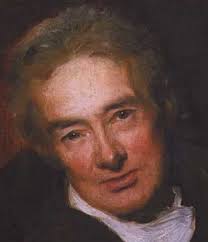 Here, then, is the eighth instalment of the story of how Mary Jones and Thomas Charles triggered a mission to the world.

Some stories suggest that there may well have been a special rapport between Mary and Thomas Charles. Pupils from Charles’s Sunday Schools used to gather at day festivals to be publicly questioned and catechised. Mary attended as many of these events in her neighbourhood as she could, and seems to have handled the questions well. They said that her answers “descended in showers as balls of fire”. On such occasions, Mary would often meet Thomas Charles, but if she wasn’t there Charles would ask “Where is the weaver today, I wonder?”  Mary took up in her teens the trade she was to follow all her life. The wish expressed in 1516 by the Dutch reformer and Bible translator, Erasmus, that “the weaver might hum the Scriptures at the shuttle” came true in Mary’s case.

Frivolities like Christmas (1802) didn’t distract the committee from pursuing its new initiative with vigour. When the RTS met a fortnight later, the energetic Joseph Hughes read a paper the committee had invited him to draft entitled, “The importance of forming a Society for the distribution of Bibles in various languages” and on 28 December they agreed that the object of the Society would be “to promote the circulation of the Holy Scriptures in foreign countries and in those parts of the British Dominions for which adequate provision is not yet made, it being understood that no English translation of the Scriptures will be gratuitously circulated by the Society in Great Britain”.  Free distribution of Bibles in Britain would have unnecessarily upset existing societies like the SPCK.

Thomas Charles attended these two meetings and then returned to Wales. But the RTS committee continued to meet weekly throughout the whole of 1803 and the early months of 1804 thrashing out the details of the proposed Society. The committee acted in a thoughtful and thoroughly business-like way.

In February 1803 the RTS members decided to try to involve William Wilberforce in their venture.  On April 5 he recorded in his diary, “Hughes, Reyner and Grant breakfasted with me on Bible Society formation”.  Wilberforce attended his first committee meeting on 21 April and recorded in his private papers that “a few of us met together at Mr Hardcastle’s counting-house, at a later hour than suited city habits, out of regard to my convenience, and yet on so dark a morning that we discussed by candle-light, while we resolved upon the establishment of the Bible Society”.

With Wilberforce on board, the planners of the new society adopted the same rigorous and painstaking techniques that the campaigners for the abolition of slavery were using to fight the powerful interests who wanted to retain it.