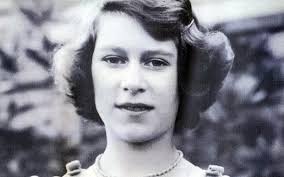 As the churches and people of Ilfracombe prepare to celebrate the Queen’s extraordinary achievement of reigning for seventy years, it will be natural for us to reflect on her life and faith. As one of his last acts as Archbishop of Canterbury, Cosmo Lang confirmed the fifteen-year old Princess Elizabeth in what he described as the ‘ugly private Chapel’ at Windsor Castle on 28 March 1942. Pre-war Lang had christened the Princess on 29 May 1926 in the pleasanter private chapel at Buckingham Palace.

In his diary Lang recorded that he had ‘always hoped that I might have this privilege’. He went on to describe how ‘the night before I spent at [Windsor] Castle and had a full talk with the little lady alone. She had been prepared by Stafford Crawley at Windsor, and though naturally not very communicative, she showed real intelligence and understanding. I thought much, but rightly said little, of the responsibility which may be awaiting her in the future – this future more than ever unknown.’ Following the abdication of Edward VIII less than six years earlier, the Princess was now first in line to the throne. The Archbishop continued his diary entry recalling: ‘The Confirmation itself was very simple – only a few relations and friends and the boys of St George’s choir present … My address was just what I have so often given in country churches. And so the blessing of one who may be Queen was the last official act of this very unworthy Archbishop of Canterbury.’

Naturally, Cosmo Lang didn’t go into detail about what he said during his ‘full talk’ with the ‘little lady’ on the night before her confirmation. It is possible that he reminisced about conversations he had had with the Princess’s Great-Great Grandmother, Queen Victoria, 42 years earlier. Archbishop Lang had begun his clerical life as the Vicar of Portsea – a parish which covered most of Portsmouth and was populated by sailors and shipyard workers. Just across the water, on the Isle of Wight, Queen Victoria was often in residence at Osborne House and she invited Lang to preach and to tell her about his work among the poor.

Being good-looking, with a beautiful voice, and an unusually gifted preacher, he made a considerable impression on the elderly Queen. In previous articles here I have described their conversations. Lang visited the Queen for the last time in the autumn of 1900. ‘I could see a very marked change,’ he recalled. ‘At dinner she was very silent and

at times seemed to have some difficulty in keeping awake. When I talked with her after dinner, she was less bright than usual and was plainly soon tired. Though we did not then realise it, the shadow of the approaching end was drawing near.’

Looking back, Lang recalled one touching memory of the failing Queen. ‘I had been telling her about the drowning of a sailor in one of the Royal yachts, and of the poverty in which his wife, one of my parishioners, had been left. Next morning I was summoned to the Queen’s private room. She was, as usual, sitting writing letters or signing papers at her desk.

‘‘‘I want,” she said, “to give you something from me to help the poor sailor’s widow you told me of last night.” Then she took a bundle of keys from a girdle, just like any ordinary housekeeper, went to a cupboard and opened it. The contents were curious — papers, parcels, and chiefly toys kept for presents to her grandchildren. In one corner was a small tin box, like a schoolboy’s cash-box. Fumbling somewhat owing to her short-sightedness, she opened it, and very carefully took out five sovereigns. “Please give these,” she said, “to that poor woman. But,” she added with a whimsical smile, “you mustn’t tell Sir Fleetwood Edwards” (the Comptroller of the Privy Purse).’

I’ve said before on this site: there was certainly more to Queen Victoria than the popular stereotype!