The nonsense Ed Miliband and the left tell us 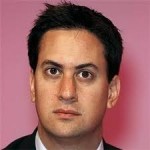 Ed Miliband and his friends on the political left constantly tell us that the UKeconomy is not growing quickly, owing to the cuts. The truth is that public spending is up in real terms according to the Government’s own figures since 2010.  The Government plans to borrow at least £122 billion this year and announced additional borrowing and spending in the March 2011 budget.

Ed Miliband and the left should tell us why the UK economy has slowed when real public spending is up, and public borrowing remains at near record levels.  Neo Keynesians love high levels of public spending and borrowing, and say they stimulate the economy. They need to be asked why public spending at nearly 50% of GDP, and borrowing of more than £10 billion a month, is not stimulus enough. They should be asked how much more borrowing would it take to get faster growth, and would anyone lend us the money.  Could it be that spending more in a wasteful or less productive way, and borrowing more than the country can afford, could be a road to ruin rather than a welcome shot in the arm?