The genius of Henry Francis Lyte 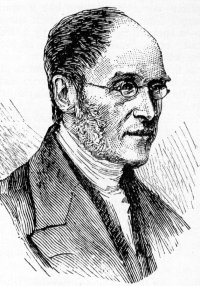 Last month I wrote that Devon hasn’t produced many well-known hymn writers. But one of the greatest arrived in Devon from Hampshire early in 1822 at the age of 29 and, with his family, moved to Bramble Torr, a house near Dittisham. He had grown up in Ireland where at Trinity College, Dublin, he had won the chancellor’s prize for English verse in three successive years.

Two years after arriving in Devon, he moved to Brixham and began ministering in two churches, St Mary’s, and the new district church of Lower Brixham. Here he took a keen interest in the development of education, conducted annual school examinations, and established the first Sunday school in the Torbay area. He added to his income by taking resident pupils whom he tutored alongside his own children.

After breathing the Devon air for twelve years he wrote the hymn Praise my soul, the King of heaven based on Psalm 103. The popularity of this hymn has been aided by its celebrated tune, PRAISE MY SOUL, composed by John Goss, organist of St Paul’s Cathedral. Goss wrote the tune for the hymn in 1869 ensuring that it has become one of the most popular hymns in the English language.

But Lyte’s masterpiece is of course Abide with me which he wrote probably in 1847 – though according to one version of events, he wrote it twenty years earlier while nursing a dying friend. In Lyte’s manuscript version of the hymn he heads it with the quotation from Luke 24:29, telling the story of the two disciples on the road to Emmaus saying to Jesus, ‘Abide with us; for it is toward evening, and the day is far spent’. Lyte’s genius takes this quotation and turns it into a metaphor for the brevity of human life. And by changing ‘Abide with us’ to ‘Abide with me’ he gives the hymn a depth of meaning which speaks directly to you and me.

Living as we do on the coast of north Devon, and looking out to the Bristol channel, we can understand the connection Lyte felt, as he surveyed the English channel from Brixham, between ‘the eventide’ (which is the evening time and the evening tide). The evening tide marks the end of the day and so we sing in the first line of verse 2 ‘Swift to it close ebbs out life’s little day’. J. R. Watson has commented that ‘Life, in the sight of God, is as short as a day; and death is the ebbing of our life, the going out of the tide. It is in this context that we have to see the need for a God in whom we trust. Lyte’s hymn expresses that trust, but is also touchingly aware of human vulnerability and frailty: the combination is very powerful in speaking to the human condition.’

Like Praise my soul, Abide with me has been fortunate in having a wonderfully appropriate tune – William Henry Monk’s EVENTIDE. Monk was musical editor of Hymns Ancient and Modern and wrote the tune, according to his wife, ‘at a time of great sorrow’ when he had been watching ‘the glory of the setting sun’.

Abide with me has the ability to communicate with people who can feel through its poetry what they cannot always believe through doctrine. Perhaps that it is why it has been sung at pretty well every English cup final since 1927.