The Devon hymn-writer who prepared a lantern for Christ 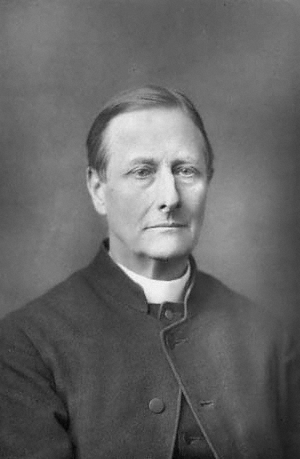 Next month sees the Ilfracombe Victorian Celebration from 13-17 June, with Victorian Songs of Praise at Pip and Jim’s on Sunday 17 June. Devon hasn’t produced many well-known hymn writers but Sabine Baring-Gould was an interesting and remarkable exception. Born in Dix’s Field, Exeter, on 28 January 1834, three years before Victoria came to the throne, he died in Lew Trenchard, on the edge of Dartmoor, on 2 January 1924 less than a month before his ninetieth birthday.

But although he lived so long, he was regarded as rather delicate as a child and his father Edward took the family to warmer climes in France, Italy , Germany and Austria where Sabine and his brother were educated by tutors and travel. Sabine turned out to have a photographic memory, reading voraciously and easily picking up foreign languages. When he was 18, the family returned to Devon and the following year Sabine entered Clare College, Cambridge, to study classics.

Described as tall, handsome and ‘romantically religious’ Sabine decided that he wanted to enter the church. But his family opposed this: the eldest son, they insisted, he must eventually become squire of the family estate at Lew Trenchard. So Baring-Gould became for a while a teacher in Pimlico. However, when his younger brother William refused to go into the church, the Baring-Goulds changed their minds about Sabine’s ordination and he was ordained a priest. At the age of 30, he arrived at Horbury Bridge, west Yorkshire, on the Monday after Whit Sunday in 1864, with the remit to set up a Mission Church. Accommodation was hard to find, but he managed to rent a small cottage next to a shop. He converted the downstairs room into an evening school, and the bedroom into a chapel. The little church grew until the Sunday services filled the whole house. While Baring-Gould lived in the cottage, he started a savings bank for the local people.

Baring-Gould relished his work, worked day and night, and won hearts by his story-telling. It was here that he began writing hymns including ‘Onward Christian soldiers’, ‘Through the night of doubt and sorrow’, translated from the Danish, and ‘Now the day is over’.

Two years after arriving at Horbury Bridge, Baring-Gould met Grace Taylor, a beautiful factory girl of sixteen who had been working since she was ten. He sent her to be educated to make her into a lady and married her. Described as self-possessed and much-loved, she bore (wait for it!) five sons and ten daughters before dying at the age of 66.

When his father died in 1872, Sabine Baring-Gould inherited the family’s Devon estate at Lew Trenchard becoming the vicar there in 1881. He proved popular with his forceful sermons, activities for children and revival of harvest festivals. Royalties on his books paid for new cottages, repairs to farms and the restoration of the manor house and church. Remarkably industrious he wrote over forty novels, a fifteen-volume Lives of the Saints and other lengthy works which are now seldom read such as Curious Myths of the Middle Ages, The Origins and Development of Religious Belief as well as books about Devon and Cornwall. What will not be forgotten are the Devonshire songs he collected, including ‘Widecombe Fair’. His hymn ‘Onward Christian soldiers’ is too militaristic for today’s tastes but he was right in his first verse to focus on the Cross of Jesus, the central symbol of our faith. ‘Now the day is over’ is a much gentler hymn and those who sing it, whether children or adults, pray in simple phrases for the weary, sailors, those in pain and those tempted to sin. The final verse is addressed to the three persons of the Holy Trinity.

If you visit Lew Trenchyard churchyard, you will see his tombstone, next to his wife, above which is inscribed ‘Paravi lucernam Christo meo’ – I have prepared a lantern for my Christ. Join us at Pip and Jim’s on 17 June when we might just sing one of his hymns!