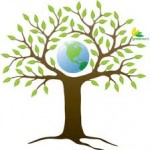 A book published last month by Canadian investigative journalist, Donna Laframboise details an astonishing array of flaws, omissions and misinformation contained within the 2007 Assessment Report of the Intergovernmental Panel on Climate Change. These revelations completely undermine the already tarnished integrity of the report.

Laframboise spent two years researching the content and references of the report before she wrote The Delinquent Teenager, an appalling account of how the world has been hoodwinked by an unaccountable bureaucracy that does not even abide by its own rules.

Laframboise’s diligent research shows that numerous graduate students were lead authors of the report and conclusions were drawn from papers not then peer-reviewed – let alone published.

This has the appearance of a circular, incestuous process that saw IPCC chapters written while the necessary referenced papers were published after the fact in peer-reviewed journals under the influence of IPCC authors.

Large numbers of contributors to the report, like Bill Hare, were directly linked to organisations such as Greenpeace and the World Wide Fund for Nature; five out of ten contributors to one chapter have a formal, documented link to WWF, 28 out of 44 chapters of the report included at least one individual affiliated with WWF.

The all important Working Group 1 chapters, the scientific foundation of the report, contained 431 references to non peer-reviewed material. In the complete report 5,587 references were not peer-reviewed, 30 per cent of all references, of these, only six were flagged as such.

These revelations do not inspire confidence in an organisation that claims to be, and is portrayed, as basing its conclusions on peer-reviewed literature.

The forensic dissection of the IPCC peer-review process by Laframboise, utilising in part, the comments of the IPCC’s own peer-reviewers demonstrates many reviewers had little faith in or understanding of how chapters were approved. In fact many reviewers were wasting their time as is demonstrated by IPCC chairman Rajendra Pachauri’s explanation of the process of refinement – “we necessarily have to ensure the underlying report conforms to the refinements.” The IPCC tweaks their words so that the underlying scientific sections accord with the version of reality that was hammered out by the politicians.

Professor of Law at theUniversityofVirginia Jason Johnstonresearched what the IPCC had concluded on climate change to compare their findings with the peer-reviewed climate science literature. He discovered that “on virtually every major issue in climate change science” IPCC reports “systematically conceal or minimise what appear to be fundamental scientific uncertainties.”

He concluded the IPCC had been leaving out important information – it had been tailoring its message.

Perhaps the most alarming conclusion that can be drawn from the book is the fact that Laframboise, like Johnston, has done what any Academies of Science or curious journalists should have done – critically examine the assertions, content and references of the IPCC report, which has been in the public domain for four years, before endorsing or reporting the conclusions.

It is an indictment on the science establishment that they have either suffered the same group think which plagues the IPCC or have been cowed into accepting the ‘conventional wisdom’.

Or perhaps they suffered the same type of intimidation that Australian atmospheric scientist, Professor Garth Paltridge endured, as is quoted in the book.

“In the early nineties I was involved in setting up an Antarctic research centre… to examine the role ofAntarcticaand the Southern Ocean global climate. I made the error at the time of mentioning in a media interview…that there were still lots of doubts about the disaster potential of global warming. Suffice to say that within a couple of days it was made clear to me from the highest levels of CSIRO that, should I make such public comments again. Then it would pull out of the process of forming the new Centre…[which] would have killed the whole thing dead…”

The Hockey Stick graph farce, Climategate and the Himalayan glacier debacle seriously undermined the credibility of the IPCC, as they were in effect, based on scientific fraud and deception. As compelling as each of these issues are, The Delinquent Teenager goes further in that it demonstrates multiple, systemic and gross abuse of the accepted scientific process as well as misrepresentation of the science contained within the report.

Professor Bob Carter, science adviser to the Australian Environment Foundation said on the publication of the book, “Ms Laframboise has done what noAcademyofSciencein the world has been prepared to do and that is to examine the material on which the IPCC has based its conclusions.”

“She has diligently exposed the misinformation, omissions and flaws in this report that governments around the world are relying on to determine policy responses to climate change.”

The truly frightening thing about Laframboise’s book is that it clearly demonstrates the lack of integrity in the scientific report that is the primary foundation of policy decisions by the Australian government on climate change.