The case against same-sex marriage 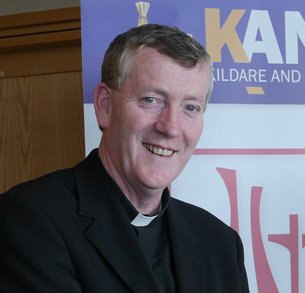 DUBLIN, November 06, 2013 Responding to the Irish Cabinet’s decision November 5 to hold a referendum on the issue of same-sex “marriage”, Bishop Denis Nulty said the debate is “not about equality or about the false separation of a religious view of marriage from the civil view of marriage,” but “about the very nature of marriage itself and the importance society places on the role of mothers and fathers in bringing up children.”

The referendum on same-sex “marriage” will take place in May 2015, according to a statement released by the Irish Cabinet on 5 November.

Civil partnerships have been legal in Ireland since 2010. Earlier this year, the constitutional convention voted to change the Constitution to allow same-sex couples the right to “marry”.

It is already legal for same-sex couples to obtain civil partnerships, in which they enjoy most of the same benefits as married couples, with the exception of having the right to adopt children.

Bishop Nulty, who heads the dioceses of Kildare and Leighlin, said: “With others, the Catholic Church will continue to hold that the differences between a man and woman are not accidental to marriage but fundamental to it and that children have a natural right to a mother and a father and that this is the best environment for them where possible.”

“Married love is a unique form of love between a man and woman which has a special benefit for the whole of society,” Bishop Nulty continued. “With others of no particular religious view, the Church regards the family based on marriage between a woman and a man as the single most important institution in any society. To change the nature of marriage would be to undermine it as the fundamental building block of our society.

“The Church will therefore participate fully in the democratic debate leading up to the referendum and will seek with others to reaffirm the rational basis for holding that marriage should be reserved for the unique and complementary relationship between a woman and a man from which the generation and upbringing of children is uniquely possible.”

Bishop Nulty, who is a member of the national executive of Accord, Catholic Marriage Care Service, concluded: “As Christians our primary commandment is to love. Love always demands that we respect the dignity of every human person. That is why the Catholic Church clearly teaches that people who are homosexual must always be treated with sensitivity, compassion and respect. It is not lacking in sensitivity or respect for people who are homosexual however to point out that same-sex relationships are fundamentally different from opposite sex relationships and that society values the complementary roles of mothers and fathers in the generation and up-bringing of children.”