The bishop and the miners 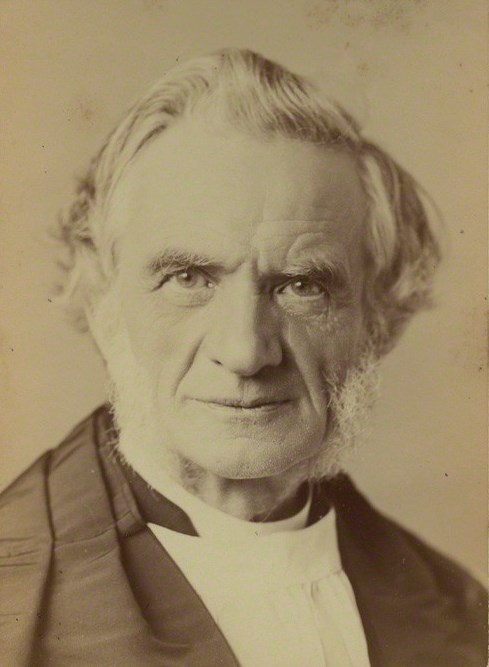 When Michael and Alison Rogers moved out of Pip and Jim’s vicarage in Ilfracombe, Michael decided he couldn’t accommodate all his books in their smaller retirement home. So he marked some shelves in his study as books which were available for the taking and invited all comers. When I set off for the vicarage, Sheila said, ‘Don’t bring home more than five. We haven’t room for any more books.’ I arrived home with 23 books – one of which was Brooke Foss Westcott’s classic commentary on The Gospel of St John.

G.R. Eden, who was at one time vicar of Bishop Auckland, County Durham, recalled the first time he set eyes on Dr Westcott. A crowd of gowned theological scholars and students had gathered in the early 1870s in a crowded room attending a meeting of the newly-formed Cambridge University Church Society. An awed voice at Eden’s elbow whispered, ‘That’s Westcott!’

Eden looked and saw, half hidden in the crowd, a small figure in a Doctor’s gown, sitting face in hand, apparently in deep and painful thought.

‘This,’ recalled Eden later, ‘was the great Regius Professor of Divinity – a name already known throughout Europe and beyond.’  Eden recalled that Westcott constantly came to their meetings but hardly ever spoke. ‘But if, at our appeal, he uttered just a few final words, in that intensely earnest, quiet, penetrating voice, the whole subject was instantly transformed, and set in such an atmosphere of prayer and wonder, that we crept home, abashed at our tiny heats of controversy, and with a new sense of the eternal meaning of the simplest things.’

Eden remembered Westcott lecturing on Monday evenings on the writings of St John to a small group of Cambridge staff and students. Westcott would spend a whole term considering just a few verses. He might spend an hour discussing a single word. He used to say half-humorously, that the whole of Christianity hung upon the Greek aorist and the preposition ѐѵ. ‘Such minute exactness, coupled as it was with the widest possible range of thought, gave us a new idea of the inspiration of the Scriptures.’

Eden remembered Westcott, now as Bishop of Durham twenty years later, standing in the open air at Blyth at the Northumberland Miners’ Gala, in front of a huge crowd of miners and their leaders who did not (as Westcott himself put it) ‘believe strongly in bishops or the doctrines they preached’. ‘There stood that same slight, frail and rather weary figure, with the thick mass of hair now turned grey’. Thomas Burt, a Miners’ MP, was worried that they would not listen to the bishop ‘accustomed as they were to oratory of the “strong meat” type. Would his not too powerful voice carry?’ The MP need not have worried. Bishop Westcott held them spellbound and then a wonder happened. ‘The whole mass of strong and usually silent northern men burst out into unwonted and enthusiastic cheering to acclaim one whose sincerity and sympathy had won the heart of the working classes as few bishops, if any, had done before.’

I am reading Westcott’s commentary on St John’s Gospel with renewed interest and enthusiasm.