The bishop and the calypso king 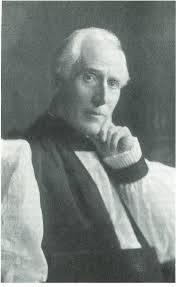 If you are as old as I am, you will remember the BBC satirical programme That Was The Week That Was, broadcast on Saturday evenings in 1962 and 1963. It was presented by David Frost and starred Millicent Martin, Roy Kinnear, Willie Rushton, Lance Percival and Bernard Levin. Lance Percival was famous for improvising comic calypsos about current news stories suggested by the live studio audience.

Lance was a descendant of John Percival, who was Bishop of Hereford from 1895 to 1917. A very stern man, I find it difficult to imagine John Percival singing calypsos. Prior to becoming a bishop he had been headmaster of Rugby School while William Temple was a pupil there. One morning, during a chapel service, Percival noticed that William was sucking a sweet. ‘How dare you come gorging and guzzling into the presence of your Maker?’ Percival’s voice boomed out. Temple’s defence is not recorded.

When he became Bishop of Hereford he made it clear that he hated the Athanasian Creed. He got the cathedral chapter to agree to stop using it. ‘How terrible it sounded,’ he said, ‘those innocent choir boys repeating the awful words “without doubt he shall perish everlastingly”.’ However a minor canon in the cathedral insisted that the law required the creed to be used. So eventually Percival agreed to the compromise that it would be said on Sundays at 8 am Mattins, but at no other service.

Percival was not fond of elaborate ritual in worship and was friendly with nonconformists. At the coronation of King George V in 1911, he decided to mark the occasion with a service of Holy Communion in Hereford Cathedral to which nonconformists would be invited. The Bishop of Winchester protested against this in the House of Bishops arguing that the proposed service was ‘a contradiction of sacred principles with which we have no right to interfere’. Percival’s reply was typically blunt: ‘I am not conscious of contravening Christian principles by our kneeling together at the Table with those who believe in the same God and accept the same creed’.

William Temple, bearing Percival no grudge after having been publicly rebuked for chewing a sweet at morning chapel, went on in later life to write the bishop’s biography. In this, Temple described Percival as ‘A true prophet, refusing and forbidding to compromise the moral law. He was a man who lived by faith in God.’ It would be hard to think of a finer epitaph than that. I am sure Lance could have turned it into an uplifting calypso.