The bedrock of her faith 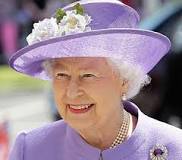 In preparation for our celebrations of the Queen’s Platinum Jubilee, I have read every available Christmas message she has broadcast since her first in 1952, which she delivered after her accession but before her Coronation.

Through all these long years her strong faith has shone through. There has scarcely been a year when she has not referred to her personal faith in Christ. If you visited our Flower Festival at Pip and Jim’s church in Ilfracombe over the Jubilee weekend you will have seen see that I displayed some of the highlights of what she said.

At Christmas 2000, she noted that we were celebrating the fact that Jesus Christ was born two thousand years ago:

‘The simple facts of Jesus’ life,’ she said, ‘give us little clue as to the influence he was to have on the world.

As a boy he learnt his father’s trade as a carpenter. He then became a preacher, recruiting twelve supporters to help him. But his ministry only lasted a few years and he himself never wrote anything down. In his early thirties he was arrested, tortured and crucified with two criminals.

‘His death,’ she reminded us, ‘might have been the end of the story, but then came the resurrection and with it the foundation of the Christian faith. Even in our very material age the impact of Christ’s life is all around us. If you want to see an expression of Christian faith you have only to look at our awe-inspiring cathedrals and abbeys, listen to their music, or look at their stained glass windows, their books and their pictures.

‘But the true measure of Christ’s influence is not only in the lives of the saints but also in the good works quietly done by millions of men and women day in and day out throughout the centuries… For me the teachings of Christ and my own personal accountability before God provide a framework in which I try to lead my life. I, like so many of you, have drawn great comfort in difficult times from Christ’s words and example. I believe that the Christian message … remains profoundly important to us all.’

On 9 February, 2002, the Queen’s sister, Princess Margaret, died, aged 71, in King Edward VII’s Hospital, London, following a stoke. At the end of March that same year, the Queen Mother died, aged 101, in her sleep at the Royal Lodge, Windsor Great Park, with the Queen at her bedside. When she broadcast her Christmas message at the end of this sad year, the Queen said, ‘I know just how much I rely on my own faith to guide me through the good times and the bad. Each day is a new beginning, I know that the only way to live my life is to try to do what is right, to take the long view, to give of my best in all that the day brings, and to put my trust in God. I draw strength from the message of hope in the Christian gospel.’

And in her most recent broadcast, in 2021, she spoke of Jesus as ‘a man whose teachings have been handed down from generation to generation, and have been the bedrock of my faith’.

Let us thank God with joy that we are living in the reign of a monarch whose deep faith in Christ has been such as reality throughout her long and glorious reign.