Prince Philip: master of the barbecue 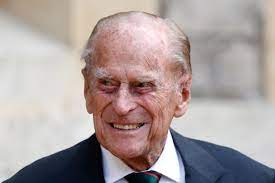 Prince Harry paid tribute to his grandpa, the Duke of Edinburgh, as ‘master of the barbecue’.

The Rev John Stott, who was Chaplain to the Queen, told me this story. In January 1983 the Queen invited him to preach at Sandringham and to join the royal family as her weekend guest at the home where she normally spent the early weeks of the year. He hired a dinner suit from Moss Bros. When he arrived at Kings Lynn station on the Saturday, Her Majesty’s equerry was there to meet him.

‘You are to be a guest at a barbecue,’ he said.

After he had settled into his room at Sandringham House, the Queen’s staff led John through a part of the 8,000-acre estate to a hut which the Queen had been given as a wedding present. In front of the hut was a platform, at one end of which the Duke of Edinburgh was cooking with Princess Anne at the other. About twenty people sat down to a meal including most of the royal family and the young princes. The Duke and the Princess produced hunks of barbecued beef, half-ducks, sausages and baked potatoes.

John found himself sitting between the Queen Mother and Lady Abel Smith, the lady in waiting. When the conversation turned to Malcolm Muggeridge, John discovered that the Queen Mother didn’t have a copy of Malcolm’s book, Jesus Rediscovered.

‘Do I have your permission to send you a copy when I return to London?’ John asked.

‘I should be most grateful,’ the Queen Mother replied.

After the ﬁrst course the Duke of Edinburgh went out to collect the dessert – a large dish of stewed fruit. When he passed behind John, the Duke tripped and spilled some of the dessert.

‘It’s alright, the ﬂoor’s quite clean,’ Prince Charles said, ‘we can still eat the fruit.’

So they scooped the spilled fruit salad back into its bowl and heartily enjoyed it. After the meal was over the Queen went to a cupboard from which she took a mop and began to clean up the remnants of the spilled fruit.

‘Ma’am I wish you’d allow me to do this for you,’ John Stott said.