On the former Bishop of Edinburgh’s loss of faith 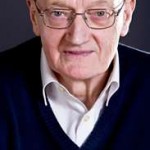 In my biography of John Stott (Inside Story published by IVP, 2009 in UK, 2010 in the USA) I describe the reaction to John’s study of the Sermon on the Mount (Christian Counter-culture published in 1978 in the Bible Speaks Today series which he edited). The Church of England Newspaper acclaimed the book as ‘Paperback of the Year’. However Richard Holloway, then Bishop of Edinburgh, reviewing it for the Church Times, was in two minds. He described how on a train journey, ‘there I was at the beginning of Lent on a high-speed retreat conducted by John Stott as I shot from Scotland to London, and he fairly rubbed my nose in my own moral and spiritual feebleness . . . Unlike a lot of contemporary writers on the Bible, John Stott’s intention is to let the Bible speak to us, to confront us with the Sermon on the Mount in a fresh and personal way, without shirking critical issues. In this he has succeeded admirably . . . Reading the book was a salutary shock to me, because, like many people who like to be thought of as progressive and up-to-date, I’m a bit soft-centred when it comes to dealing with personal morality, though less so in the area of institutional morality. I need to be re-acquainted with the absolute standard of the holiness of Christ, in private as well as in public behaviour . . . ’ Richard Holloway admitted, however, that he was ‘somewhat repelled by the confident and often harsh tone of Dr Stott’s frequent admonitions’.

Richard Holloway has since ‘lost his faith’. I was interested to read a review (by Alain de Botton on p 14 of The Times Saturday Review for 25 February 2012) of Holloway’s book Leaving Alexandria: A Memoir of Faith and Doubt. I have ordered the book and look forward to reading it. The reviewer, Alain de Botton, who describes himself as a ‘soft atheist’, asserts that not only has Holloway lost his faith but that ‘so has theUnited Kingdom’. Holloway is now ‘sympathetic to many of Christianity’s attitudes and rituals, but free of its more doctrinaire aspects’. Holloway still loves ‘the ritualistic aspect of religion, the way that each day is marked out for a particular purpose, so that we will regularly have appointments with spiritual ideas. He likes the music and rhythm of Latin prayers, he loves ‘the alternation and sorrow, light and shade that mark our days’.

Some readers may be surprised to learn that Holloway ‘likes the doctrine of  Original Sin and the notion that we are all in deep need of confession and forgiveness’.

Sex was one of the issues that ultimately caused Holloway to part with his faith. He thinks that the Church should be telling young people: ‘We know you are going to be enthralled by sexuality, which is hardly surprising since it is the energy of life itself. Never forget the sheer f***ing insanity of it all’.

Although some will be shocked by Holloway’s tone in places, it is a long way from the shrill sound of Richard Dawkins to whom I addressed an open letter (Letter to an Influential Atheist available from Amazon).

It is interesting that Holloway worries what a secular world will be like and invites his readers ‘to stay sympathetic to religion even if we believe none of it’.

I look forward to reading Richard Holloway’s book and will write about it again on this blog when I have done so.