Michael Gove: Why I’m proud to be a Christian 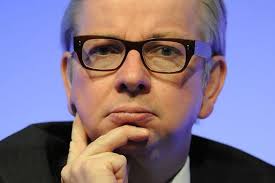 Michael Gove: Why I’m proud to be a Christian (and Jeremy Paxman should be ashamed)

Jeremy Paxman was on great form last week, reminding us that when it comes to being rude to prime ministers he has no peers.

Jeremy’s rudeness is, of course, magnificently bipartisan. However elegant the sneer he displayed when asking David Cameron about Stephen Green, it was as nothing compared to the pointed disdain with which he once asked Tony Blair about his faith. Was it true, Jeremy inquired, that he had prayed together with his fellow Christian George W. Bush?

The question was asked in a tone of Old Malvernian hauteur which implied that spending time in religious contemplation was clearly deviant behaviour of the most disgusting kind. Jeremy seemed to be suggesting that it would probably be less scandalous if we discovered the two men had sought relief from the pressures of high office by smoking crack together.

Praying? What kind of people are you?

Well, the kind of people who built our civilisation, founded our democracies, developed our modern ideas of rights and justice, ended slavery, established universal education and who are, even as I write, in the forefront of the fight against poverty, prejudice and ignorance. In a word, Christians.

But to call yourself a Christian in contemporary Britain is to invite pity, condescension or cool dismissal. In a culture that prizes sophistication, non-judgmentalism, irony and detachment, it is to declare yourself intolerant, naive, superstitious and backward.

It was almost 150 years ago that Matthew Arnold wrote of the Sea of Faith’s ‘melancholy, long, withdrawing roar’ and in our time that current has been replaced by an incoming tide of negativity towards Christianity.

In his wonderful book Unapologetic, the author Francis Spufford describes the welter of prejudice the admission of Christian belief tends to unleash. ‘It means that we believe in a load of bronze-age absurdities. It means that we don’t believe in dinosaurs. It means that we’re dogmatic. That we’re self-righteous. That we fetishise pain and suffering. That we advocate wishy-washy niceness. That we promise the oppressed pie in the sky when they die… That we build absurdly complex intellectual structures, full of meaningless distinctions, on the marshmallow foundations of fantasy… That we destroy the spontaneity and hopefulness of children by implanting a sick mythology in young minds…’

And that’s just for starters. If we’re Roman Catholic we’re accessories to child abuse, if we’re Anglo-Catholics we’re homophobic bigots curiously attached to velvet and lace, if we’re liberal Anglicans we’re pointless hand-wringing conscience–hawkers, and if we’re evangelicals we’re creepy obsessives who are uncomfortable with anyone enjoying anything more louche than a slice of Battenberg.

Even in the area where Christianity might be supposed to be vaguely relevant — moral reasoning — it’s casually assumed that Christian belief is an actively disabling factor. When Paxo asked Blair about his praying habits he prefaced his question by suggesting that the Prime Minister and the President found it easier to go to war in Iraq because their Christianity made them see everything narrowly in terms of good and evil, black and white, them and us.

Far from enlarging someone’s sympathy or providing a frame for ethical reflection, Christianity is seen as a mind-narrowing doctrine. Where once politicians who were considering matters of life and death might have been thought to be helped in their decision-making by Christian thinking — by reflecting on the tradition of Augustine and Aquinas, by applying the subtle tests of just-war doctrine — now Christianity means the banal morality of the fairy tale and genuflection before a sky pixie’s simplicities.

How has it come to this?

The reality of Christian mission in today’s churches is a story of thousands of quiet kindnesses. In many of our most disadvantaged communities it is the churches that provide warmth, food, friendship and support for individuals who have fallen on the worst of times. The homeless, those in the grip of alcoholism or drug addiction, individuals with undiagnosed mental health problems and those overwhelmed by multiple crises are all helped — in innumerable ways — by Christians.

Churches provide debt counselling, marriage guidance, childcare, English language lessons, after-school clubs, food banks, emergency accommodation and, sometimes most importantly of all, someone to listen. The lives of most clergy and the thoughts of most churchgoers are not occupied with agonising over sexual morality but with helping others in practical ways — in proving their commitment to Christ through service to others.

But Christian charity — far from being applauded — is seen by many as somehow suspect. Again and again, as a politician, I have found that when people who were open and proud of their Christian faith wished to help others — in education, in social work, in prisons and in hospices — their belief was somehow seen as an ignoble ulterior motive sullying their actions. Their charity would somehow be nobler and more selfless if it weren’t actuated by religion.

The suspicion was that Christians helped others because they wanted to look good in the eyes of their deity and earn the religious equivalent of Clubcard points securing entry to Heaven. Or they interfered in the lives of the less fortunate because they were moral imperialists — getting off on the thrill and power of controlling someone else’s life and impulses. Or, most disturbingly of all, they were looking to recruit individuals — especially in our schools — to affirm the arid simplicities and narrow certainties of their faith.

This prejudice that Christian belief demeans the integrity of an action is remarkably pervasive. And on occasion singularly vehement.

One of the saddest moments during my time as Education Secretary was the day I took a call from a wonderfully generous philanthropist who had devoted limitless time and money to helping educate disadvantaged children in some of the most challenging areas of Britain but who now felt he had no option but to step away from his commitments because his evangelical Christianity meant that he, and his generosity, were under constant attack.

I suspect that one of the reasons why any suggestion of religious belief — let alone motivation — on the part of people in public life excites suspicion and antipathy is the assumption that those with faith consider their acts somehow sanctified and superior compared with others.

Relativism is the orthodoxy of our age. Asserting that any one set of beliefs is more deserving of respect than any other is a sin against the Holy Spirit of Non–Judgmentalism. And proclaiming your adherence to the faith which generations of dead white males used to cow and coerce others is particularly problematic. You stand in the tradition of the Inquisition, the Counter-Reformation, the Jesuits who made South America safe for colonisation, the missionaries who accompanied the imperial exploiters into Africa, the Christian Brothers who presided over forced adoption and the televangelists who keep America safe for capitalism.

But genuine Christian faith — far from making any individual more invincibly convinced of their own righteousness — makes us realise just how flawed and fallible we all are. I am selfish, lazy, greedy, hypocritical, confused, self-deceiving, impatient and weak. And that’s just on a good day. As the Book of Common Prayer puts it, ‘We have followed too much the devices and desires of our own hearts…And there is no health in us.’

Christianity helps us recognise and confront those weaknesses with a resolution — albeit imperfect and fragile — to do better. But more importantly, it encourages us to feel a sense of empathy rather than superiority towards others because we recognise that we are as guilty of selfishness and open to temptation as anyone.

More than that, Christianity encourages us to see that, while all of us are prey to weakness, there is a potential for good in everyone. Every individual is precious. Christianity encourages us to look beyond tribe and tradition to celebrate our common humanity. And at every stage in human history when tyrants and dictators have attempted to set individuals against one another, it has been Christians who have shielded the vulnerable from oppression. It was Pastor Dietrich Bonhoeffer and the Christian-inspired White Rose movement that led the internal opposition to Hitler’s rule. It was the moral witness of the Catholic church in Poland that helped erode Communism’s authority in the 1980s.

In his magnificent book Inventing the Individual: The Origins of Western Liberalism, the Oxford academic Larry Siedentop shows how it has been the Christian conception of God which has given rise to the respect for individual conscience, rights and autonomy which underpin our civilisation.

In pre-Christian times, moral reasoning and full human potential were assumed to be restricted to an elite. Greek city states depended on a population of helots, the Roman Empire on the subjugation of slaves and barbarians, to sustain their rule. Their achievements were built on a foundation of radical inequality. Christianity, by contrast, like Judaism before it, gives every individual the dignity of a soul, the capacity to reason, the right to be heard and equality before the law. Because every individual is — in the image of God — capable of moral judgment, reflection and responsibility.

Belief in the unique and valuable nature of every individual should make us angry at oppression, at the racism which divides and the prejudice which demeans humanity. And it was deep, radical Christian faith which inspired many of our greatest political heroes — Wilberforce, Shaftesbury, Lincoln, Gladstone, Pope John Paul II and Martin Luther King. There should be nothing to be ashamed of in finding their example inspirational, the words and beliefs that moved them beautiful and true.

This article first appeared in the print edition of The Spectator magazine, dated 4 April 2015