Message to Greece: you can leave the Euro and establish your own money 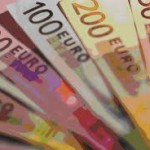 There are are least 87 examples of countries leaving currency unions and establishing their own money  since 1945. In most cases establishing an independent currency allowed the country concerned to set more sensible interest  rates and exchange rate to help them grow. In every case it gave them more independence, strengthening their ability to make their own decisions free of foreign interference.

The Euro remains under pressure.  Many in the markets and in the weaker countries are waiting for Mrs Merkel to relent. They just want her to say the ECB can buy up many more EU country bonds, and print the money to do so. She so far resolutely  refuses to do this. The Governor of the Bank of England this week in his press conference explained her reasons very well. He pointed out that a Central Bank has a role as the lender of last resort. That means it acts as  the lender who supplies cash to commercial banks in its jurisdiction if they are solvent but in need of temporary loans. They are lent money at a penalty rate to see them through. It is not the job of a Central Bank to act as lender of last resort to countries that have run out of credit and whose solvency is in doubt.

Saving the Euro is ultimately a political decision for the leading countries in it. Saving it means finding a way of relieving pressure on the bond markets for the weaker countries. That in turn means the richer countries being prepared to send money to the poorer parts as transfer payments and grants. Alternatively the richer countries need to agree to use their more favourable credit rating to borrow and lend the money on to the weaker countries at subsidised rates. This in reality means the richer countries paying some of the bill for the poorer countries. German public opinion does not favour doing this, hence Mrs Merkel’s reluctance. Maybe one day she will, but so far there is no sign of it. She still thinks it can all be done by cutting spending and raising taxes, but so far this has not worked.

The alternative to big transfers of money and subsidies around the union is the break up of the Euro area. The leading participants have allowed their own speculation about letting Greece out of the zone slip into the public press. There is still a feeling by many inside the governments, and by many of their faithful followers in the press, that the break up would be a financial disaster. It would perhaps be wise of them to read a little more of the history of the break up of previous currency unions. There have been plenty of examples.

Within Western Europe the latin currency union led by France and the Scandinavian currency union both broke up without great calamity at the time of the First World War. Between  1945 and 2007 according to the Monetary Authority of Singapore  69 countries have left currency unions. This figure leaves out a good number, including the  break up of the rouble currency in the early 1990s. It also excludes the split of Czech and Slovak currencies in 1993. It includes the ones which  left the sterling area, like  New Zealand in 1967 and Ireland in 1979. It happened by agreement with a relatively smooth transition. Some like Bangladesh left the Indian union. Others left former colonial unions: Mozambique for example left the Portuguese area in 1977 and Algeria left the French franc area in 1969.  Again these changes caused so little disruption that most have forgotten they ever happened.

It was with more sense of turmoil and crisis that the rouble area broke up in the period 1992-5. 16 members of the rouble union broke away forming their own new currencies. This includes Russia that established a new differently valued  rouble for herself.  Latvia, for example, did it in two stages. First she created a Latvian rouble, which started at a one to one exchange with the old common rouble. Then she launched a new currency, the lat, to replace the Latvian rouble. It worked and allowed her economy to develop well for the ensuing few years.

The uncertainty about the end game for the Euro continues to damage markets. The battering of the bonds does make things far worse. It means banks will lose yet more money on what were meant to be safe holdings. This in turn means they will lend less, slowing growth still further. If the bond markets force more countries into default like Greece it makes recovery more difficult. Attempting to prevent his by offering large loan bail out packages for the bigger countries at risk is going to strain political and financial tolerances within the union. Mrs Merkel holds the fate of the Euro in her hands. Either she has to sanction large amounts of financial support to the poorer areas, or she has to organise an orderly restructuring of the membership of the zone. The good news is that if she with France  did finally decide to change the membership, history shows it can be done and it need not be too disruptive. It is surprisingly common for countries to leave common currencies.