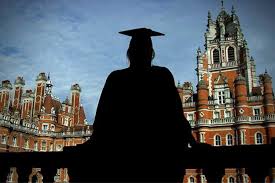 Labour are in chaos on tuition fees.

Their new policy on tuition fees has already unravelled, and has been roundly criticised by experts for:

1. Benefitting the wealthiest graduates the most

As the Institute for Fiscal Studies, the independent think tank, says: ‘Mid-to-high-income graduates are the primary beneficiaries of this reform, with the very highest earners benefiting the most…Most lower earning graduates will be unaffected’ (IFS, Labour’s higher education funding plans, 27 Feb 2015).

Martin Lewis of Moneysavingexpert.com agreed that ‘only affluent graduates will gain’ and that the policy ‘stems from an illiteracy about how student finance works’ (Daily Telegraph, 26 Feb 2015).

2. Being bad for universities and bad for the economy

By putting funding for higher education at risk, Labour’s policy would hit universities, the economy – and therefore students.

A group of Britain’s top academics warns Labour’s policy would ‘damage the economy…and risks the quality of education for all’ (Times, 2 Feb 2015).

Sir Keith Burnett, Vice-Chancellor of the University of Sheffield, says the policy is ‘disastrous’ and ‘would make it difficult to provide the stuff our students need’ (BBC News, 27 Feb 2015).

Properly funded universities are vital for a stronger economy, giving people the skills they need to get on in life. Labour’s policy would put our economy and a better future at risk.

3. Showing – yet again – that Labour would hit hardworking people with more taxes

Labour say their tuition fees policy will be paid for by reducing pension tax relief.

That means a policy that benefits better off students would be paid for by a new tax on pensions, hitting many people on middle incomes – including nurses, teachers and firefighters.

Such a move is more evidence that Labour aren’t on the side of hardworking taxpayers.

Labour’s latest poorly-thought-through policy – which will hit students, universities and hardworking taxpayers – is yet another example of the chaos Britain would face under Ed Miliband.