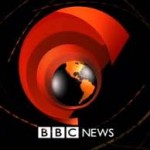 The British Broadcasting Corporation (BBC) has a duty of impartiality, as we all know. But what exactly does ‘impartiality’ mean? If it simply means giving equal time to Labour and Conservative politicians on matters of party contention, the BBC fulfils its duty fairly well. But if it means not having, or at least never revealing, any views of its own on any subject of public debate, well, that is quite another matter.

Anyone familiar with large organisations knows that over the years they develop and perpetuate their own ethos, their own value system, their own corporate beliefs and standards. The police, the Army, the National Health Service, the Civil Service – they all subscribe to their own central orthodoxy, even if not every member accepts every item of it. Connoisseurs of Whitehall are aware that different Ministries have different and even conflicting attitudes – the conservatism of the Home Office, the Ministry of Defence and the Department of Trade and Industry contrasts with the liberalism of the Departments of Education, Health and Social Services and the Department of Environment, though they are united in their belief in a large and well remunerated Civil Service. Those at the top of the tree are the custodians of corporate orthodoxy; they recruit applicants in their own image, and the applicants are steadily indoctrinated with the organisation’s principles and practices. Heretics tend to leave fairly early in their careers.

It would be astonishing if the BBC did not have its own orthodoxy. It has been around for 85 years, recruiting bright graduates, mostly with arts degrees, and deeply involved in current affairs issues and news reporting. And of course for all that time it has been supported by public money. One result of this has been an implicit belief in government funding and government regulation. Another is a remarkable lack of interest in industry and a deep hostility to business and commerce.

At this point I have to declare an interest, or at least admit to previous. I joined BBC television, my first job after university and National Service, in 1955, six months before the start of commercial television, and stayed for nine years as trainee, producer, editor and finally head of a production department. I absorbed and expressed all the accepted BBC attitudes: hostility to, or at least suspicion of, America, monarchy, government, capitalism, empire, banking and the defence establishment, and in favour of the Health Service, state welfare, the social sciences, the environment and state education. But perhaps our most powerful antagonism was directed at advertising. This is not surprising; commercial television was the biggest threat the BBC had ever had to face. The idea that television should be financed by businessmen promoting their products for profit created in us an almost spiritual revulsion.

And when our colleagues, who we had thought were good BBC men, left to join commercial broadcasters, they became pariahs. We could hardly bring ourselves to speak to them again. They had not just gone to join a rival company; they had sinned against the true faith, they were traitors, deserters, heretics.

This deep hostility to people and organisations who made and sold things was not of course exclusive to the BBC. It permeated a lot of upper middle class English society (and has not vanished yet). But it was wider and deeper in the BBC than anywhere else, and it is still very much a part of the BBC ethos. Very few of the BBC producers and executives have any real experience of the business world, and as so often happens, this ignorance, far from giving rise to doubt, increases their certainty.

We were masters of the techniques of promoting our point of view under the cloak of impartiality. The simplest was to hold a discussion between a fluent and persuasive proponent of the view you favoured, and a humourless bigot representing the other side. With a big story, like shale gas for example, you would choose the aspect where your case was strongest: the dangers of subsidence and water pollution, say, rather than the transformation of Britain’s energy supplies and the abandonment of wind farms and nuclear power stations. And you could have a ‘balanced’ summary with the view you favoured coming last: not “the opposition claim that this will just make the rich richer, but the government point out that it will create 10,000 new jobs” but “the government claim it will create 10,000 new jobs, but the opposition point out that it will just make the rich richer.” It is the last thought that stays in the mind. It is curiously satisfying to find all these techniques still being regularly used forty seven years after I left the BBC.

The issue of man-made global warming could have been designed for the BBC. On the one side are the industrialists, the businessmen, the giant corporations and the bankers (or at least those who are not receiving generous grants, subsidies and contracts from their government for climate-related projects such as wind farms or electric cars), on the other the environmentalists, the opponents of commercial expansion and industrial growth. Guessing which side the BBC will be on is a no-brainer, but no one has documented it in such meticulous detail as Christopher Booker. His case is unanswerable. The costs to Britain of trying to combat global warming are horrifying, and the BBC’s role in promoting the alarmist cause is, quite simply, shameful.

So what do we do about the BBC? One course of action that would be doomed from the start is to try and change its ethos, its social attitudes and its political slant. They have been unchanged for over half a century and just about all the influential and creative people involved in political programme commissioning and production are thoroughly indoctrinated. So do we abolish the BBC? After all, we do not have any newspapers or magazines that are subsidised with nearly four billion pounds of taxpayers’ money; why should broadcasting be different? If broadcasting were to start now, with all the benefits of cable and satellite technology, I cannot see anyone suggesting a system devised for the era of restricted wavelengths in which the BBC was born in the 1920s.

Of course no government would actually face up to the problem of privatising the BBC. And there are strong arguments for keeping it: some of its production units are among the best in the world. There is also a case for leaving its news and current affairs operation alone; it may have a built-in liberal/statist bias, but there are lots of other news channels which are commercially funded, so there is no great damage done if one of them is run by the middle class liberal elite.

No, what really needs changing is the size of the BBC. All we need from it is one television channel and one speech radio station – Radio 4, in effect. All its other mass of activities – publishing, websites, orchestras, digital channels, music and local radio stations – could be disposed of without any noticeable loss to the cultural life of the country, and the licence fee could probably be cut by two-thirds.

Could it happen? As the economic squeeze tightens, the case for a drastic slimming down of the BBC gets stronger every day. Cash-strapped households might be glad of the extra £100 a year, even at the expense of repeats, movies, imported programmes, quiz show and panel games – not to mention the sporting events we would see on other channels if the BBC hadn’t outbid them – that the BBC currently uses to fill out its schedules. But in some ways, the strongest case of all is made by Christopher Booker: if the BBC is to be paid to propagate the opinions of a liberal elite minority, it should not be allowed to dominate the national airwaves as it does today. Its voice should be heard, but it should not be allowed to drown out the others.