Figures and assumptions on which the £3028 figure are based 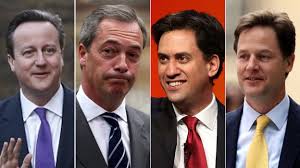 Ed Miliband and Ed Balls have committed the Labour Party to £30 billion of structural fiscal consolidation by 2017-18. The Institute for Fiscal Studies and the Office for Budget Responsibility say that only spending cuts or tax rises can eradicate the structural deficit – not economic growth. Ed Miliband, Ed Balls and Harriet Harman have promised that there would be ‘tax rises’ as part of their mix. Ed Miliband has said he would like to see a 50:50 balance of spending cuts to tax rises. That means an average tax rise of £3,028 for every working household in Britain by 2020. So far, all Labour’s announced tax rises are intended to pay for spending increases, not deficit reduction. The only tax Labour have earmarked for deficit reduction is restoring the additional rate of income tax to 50p – but in the last week the IFS have confirmed HMRC’s estimate that this doesn’t raise any revenue. For their sums to add up, it is impossible for Labour to rule out a National Insurance, Income Tax or VAT rise.