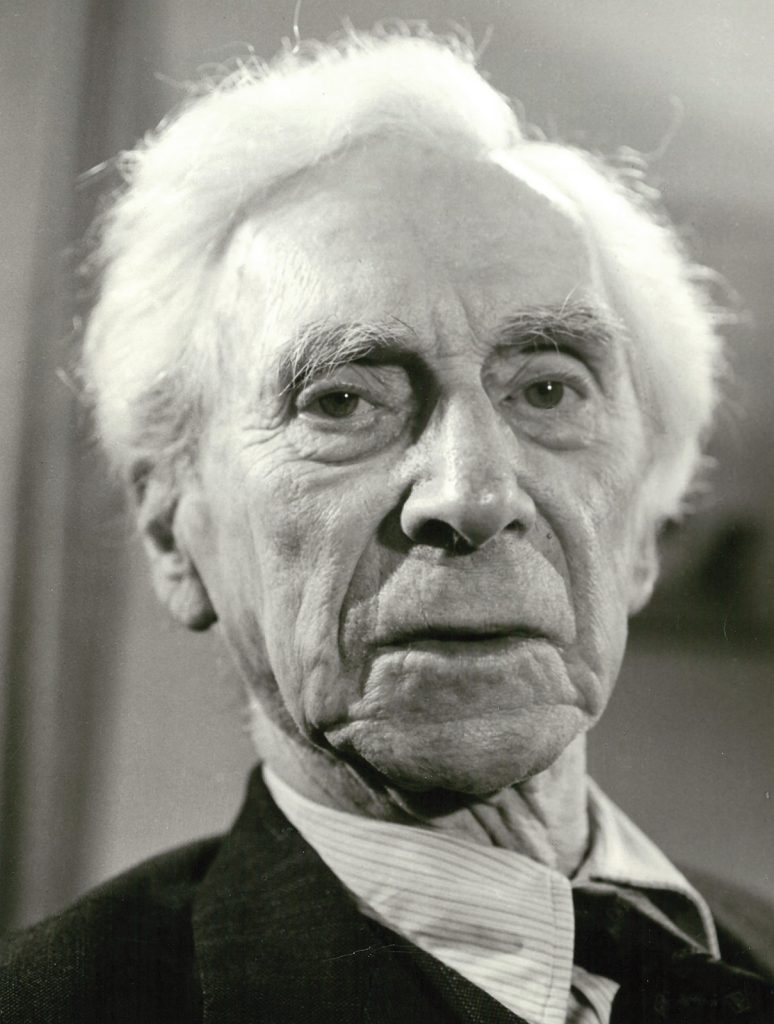 Bertrand Russell (1872-1970) was a philosopher, logician, mathematician, historian, writer, essayist and Nobel laureate. There is no doubt that he was very clever. So much so that he achieved the distinction, when the results of the Cambridge Mathematical Tripos were published in 1893, of appearing close to the top of the list. People on the list are known as Senior Wranglers.

Bertrand Russell did not believe in God. He maintained religion to be little more than superstition and, despite any positive effects, largely harmful to people. He thought that religion and the religious outlook serve to impede knowledge and foster fear and dependency, and to be responsible for much of our world’s wars, oppression, and misery. He was a member of the Advisory Council of the British Humanist Association and President of Cardiff Humanists until his death. Because of this many people – and I know some of them – followed him. If such a clever, philosophically-minded man as Bertrand Russell doesn’t believe in God, they say, who am I to disagree? I am happy to leave it to him to pronounce on this matter, they argue. Some have followed his example and adopted humanism as their philosophy of life.

But there is a twist to the tale. When the list of Senior Wranglers was published in 1893 (you can check this by googling it on the internet) Russell appeared 7th in the list. Who was at the top of the list? The answer is one George Thomas Manley. The securing of the top position as Senior Wrangler was regarded, at the time, as the greatest intellectual achievement attainable in Britain and the Senior Wrangler was feted well beyond Cambridge and accorded preeminent status among his peers – indeed years in Cambridge were often remembered in terms of who had been Senior Wrangler then.

Who was George Thomas Manley? After being named as Senior Wrangler in 1893, he went on to win Cambridge’s coveted Smith’s Prize in 1895, gained his M.A. in 1896, and was ordained Priest in the Church of England in 1900. He travelled first to India where he engaged in Christian work among university students. One of the books I inherited from my father was The New Bible Handbook edited by Manley and published by the Inter-Varsity Fellowship in 1948. I regularly refer to it.

In a letter to The Times in August, 1955, Manley recalled that when he became a Christian, as an undergraduate, he ‘felt a new responsibility for thinking out the foundations upon which the Christian faith rested’ and found that ‘a true conversion is rather a stimulus to study than a check upon it’. Just as in the ethical realm, the service of God is perfect freedom, so in the intellectual realm the knowledge of God is perfect freedom.

So, if you are ever tempted to think that belief in God is not a pastime for the wise and clever of this world – think again and remember G T Manley!