Brussels needs to shake off its remaining ill-will 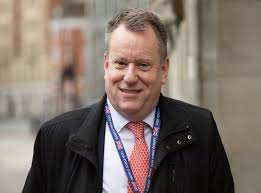 When Lord Frost voted to leave the EU in 2016, he did so because he thought decisions about our country should be made by the people of this country. Writing in the Sunday Telegraph on 7 March 2021 he says that polling shows that many voted to leave for the same reason – for democracy. ‘Even now, the central importance of being responsible for our future as a country is often lost. The public debate about what happens now after Brexit is still at least as much about the details of customs and form-filling – important though that is – and not about the huge advantages we now have in being able to choose a government able to set our laws in every area of our national life. The Treaty I negotiated last year reflects those central propositions about Brexit. It removes us from the EU’s laws, its rules, its courts, and its institutions, while keeping open and free trade between us. Many said it could not be done – but we did it.

‘Some, I know, have criticised us for taking what they see as an ideological view of the negotiations last year, for prioritising sovereignty over the economy. But this is a false choice. Sovereignty and democracy are vital to economic success. Sovereignty is meaningful because it enables us to set our own rules democratically for our own benefit, and thereby become more prosperous. It is a conviction that we, the British people, will make better decisions for ourselves than others will on our behalf.

‘In our negotiations, it was clear right from the start that there was no world in which the EU would eliminate all trade barriers with the UK, unless we accepted the wholesale application of their rules and laws with no say in them. Instead, we chose to prioritise democracy and the control of our own destiny.

‘I have always believed that the gains of controlling our own affairs outweigh the short-term adjustments. That is what Britain has chosen. And we are already seeing the results of that choice.

‘Opting out of EU vaccine procurement has had extraordinary results. It will enable us soon, I hope, to cast off all the shackles of lockdown and to return to the full freedom and normal life which a free people have every right to expect. The introduction of our own tariff regime – one much less protectionist than the EU’s – will help hold prices down for the benefit of consumers. Our new, targeted, high-skilled visa will help us to drive innovation and secure our status as a Science Superpower. And Rishi Sunak’s Budget this week set out the eight new Freeports that will create jobs and spread prosperity across the country. As Minister for the benefits of Brexit, I aim to help drive through more such new opportunities, and drive through change for the better.

‘Unfortunately, the consequences of applying laws which do not fully enjoy consent have been all too clear in Northern Ireland in recent weeks. Northern Ireland is still subject to the provisions of the Ireland Protocol, which we agreed in order to protect the gains of the peace process and the Belfast (Good Friday) Agreement in all its aspects.

‘Unfortunately, the action taken by the EU in late January on their vaccines regulation, and the improper invocation of Article 16, has significantly undermined cross-community confidence in the Protocol. As the government of the whole of our country we have to deal with that situation – one that remains fragile. That is why we have had to take some temporary operational steps to minimise disruption in Northern Ireland.

‘They are lawful and are consistent with a progressive and good faith implementation of the Protocol. They are about protecting the everyday lives of people in Northern Ireland, making sure they can receive parcels and buy the usual groceries from the supermarket. Without this threat of disruption, we can continue our discussions with the EU to resolve difficulties arising from the Protocol constructively – and we aim to do so.

‘Finally, this country now has a huge opportunity to shape the international scene for the better. In recent years it was too often claimed that Britain was no longer interested in playing a major international role. I never believed that. The British people are internationalist and want to make a difference in the world. Dominic Raab has now proven in practice that the ability to speak clearly and to act decisively is more important than being part of a large and inflexible bloc.

‘When we left the EU, we gained the ability – for the first time in 50 years – to enact independent national sanctions as part of a nimble, values-driven foreign policy. We have stood up for Hong Kong against the violations of the Joint Declaration by China. We are driving vigorous action in the G7 on Pandemic Preparedness. And we are bolstering our armed forces with the biggest increase in our defence budget since the Cold War, comfortably exceeding the Nato pledge of 2 per cent of GDP.

‘With Boris Johnson as Prime Minister, our agenda is one of an outward-looking country, confident we can work with others towards common goals. That is our hope for our ties with our European friends and allies too. I hope they will shake off any remaining ill will towards us for leaving, and instead build a friendly relationship, between sovereign equals. That is what I will be working towards, acting constructively when we can, standing up for our interests when we must – as a sovereign country in full control of our own destiny.’