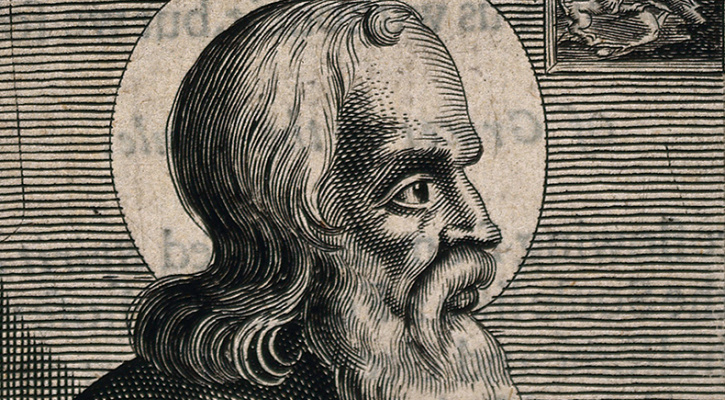 At Pip and Jim’s church in Ilfracombe, in sermons and in our home groups, we are exploring the first part of the book of Acts. This has included the story of Stephen the first Christian martyr (Acts, chapters 6-8). After the story Luke told in Acts ended, more martyrs followed. One of the best known of these was Polycarp, the aged bishop of Smyrna.

Irenaeus, the Greek bishop noted for his role in guiding and expanding Christian communities in the southern regions of present-day France and, more widely, for the development of Christian theology, wrote about Polycarp. Irenaeus wrote to a friend, ‘I can tell you the very place where the blessed Polycarp sat and held discourse, how he came in and went out, his manner of life and bodily appearance, the discourses which he used to deliver to the people, and how he used to tell of his intercourse with John and with the others who had seen the Lord, how he remembered their words, and what he had heard from them concerning the Lord, and about their mighty works and their teaching; and how Polycarp reported everything in harmony with the Scriptures, as he had received it from eyewitnesses of the Word of life.’

So Polycarp was a venerable figure, forming a last link with those who had seen Christ in the flesh, and who sat at the feet of John, the beloved disciple. A letter, written by the church in Smyrna, tells how, during an outbreak of anti-Christian activity in the province of Asia, the mob raised an outcry for Polycarp. A police squad went to fetch him, and the police captain, probably wishing to spare the old man the indignities which awaited him, said: ‘Why, what harm is there in saying, “Caesar is Lord” and offering incense and saving yourself?’

Polycarp refused to listen to the police captain’s plea, and went on to the arena, where the proconsul of Asia in person tried to persuade him. ‘Have respect for your age,’ he said. ‘Swear by the divinity of Caesar. Repent and say, “Away with the atheists”.’

‘Atheist’ was the name given by the Roman authorities to those who refused to honour Caesar and the pantheon of Roman gods.

‘Away with the atheists’,  said Polycarp solemnly, waving his hand towards the pagan crowd.

But the proconsul pressed him further: ‘Take the oath, and I will let you go. Revile Christ.’

Then the old bishop made his noble and memorable confession: ‘Eighty-six years have I served Him, and He has done me no wrong. How then can I blaspheme my Saviour and King?’ Further argument proved equally fruitless, and Polycarp was sent to the stake early in the year 156.

None of us is likely to face martyrdom. But we may be inspired by the example of Polycarp who chose death rather than deny the Saviour he loved and followed.