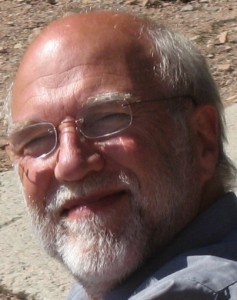 Roger Steer is a British author and historian whose books are widely read in Britain, North America, the Far East and Australia. His first book, George Müller: Delighted in God, was Hodder and Stoughton’s Book of the Year when it was published in 1975, and since then his biographies have been translated into well over a dozen foreign languages. His biography of John Stott (published as Inside Story in the UK and Basic Christian in the USA and Canada) was one of three nominations for Christian Book of the Year in 2010.

Roger was born in Devon and educated at Exeter  School and the University of Exeter where he graduated in Modern Social and Economic History. He worked for fourteen years at the headquarters of the Department of Industry advising Government ministers on the development of industrial policy and lecturing to students at the Henley Management College.  Since his return to the West Country in 1984, he has worked as a presenter with BBC Radio Devon, acted as a tutor and trainer for the Methodist Church, trained in online teaching with the University for Industry as well as completing his fourteenth book.  He was the founding chairman of the South West branch of the Association of Christian Writers and is a member of the Society of Authors.

From 1985 to 2006, Roger served as a trustee of the Bible Society and chairman of the Society’s Research Grants Committee.  He was commissioned to produce a book marking the bicentenary of the Society in 2004, published as Good News for the World.  Languages into which his biographies have been published include Chinese, Dutch, French, German, Indonesian, Korean, Norwegian, Polish, Russian, Serbo-Croat, Spanish, Swedish, and Urdu. He is a contributor to Oxford University Press’s New Dictionary of National Biography.

In July 2016, Roger and his wife Sheila moved to Ilfracombe in north Devon where they are members of Pip and Jim’s church, and where Roger contributes a monthly article to Coast and Combe Community Magazine.