Are the bones of John the Baptist on an island off Bulgaria? 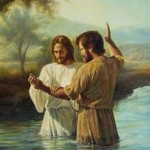 In a fortnight’s time I shall be in Bulgaria working in an orphanage at Burzitsa. For the last two summers I have swum in the Black Sea off the coast of Bulgaria and hope to do so again during my visit this summer. I doubt if I shall get as far as the island of Sveti Ivan.

Scientists say they have found new evidence which supports the theory that a knuckle bone and other human remains found under a church floor on the island may be of John the Baptist.

The relics found in a small marble sarcophagus two years ago on Sveti Ivan island, which translates asSaint John, also included a human tooth, part of a skull and three animal bones.

A research team from Oxford University dated the right-handed knuckle bone to the first century AD, when John is believed to have lived until his beheading ordered by King Herod, the university said in a statement.

And scientists from the University of Copenhagen analysed the DNA of the bones, finding they came from a single individual, probably a man, from a family in the modern-dayMiddle East, where John would have lived.

While these findings do not definitively prove anything, they also don’t refute the theory first proffered by the Bulgarian archaeologists who found the remains while excavating under an ancient church on the island.

“The result from the metacarpal hand bone is clearly consistent with someone who lived in the early first century AD,”Oxford University professor Tom Higham said of the new study.

“Whether that person is John the Baptist is a question that we cannot yet definitely answer and probably never will.”

Bulgarian archaeologists had found a small box made of hardened volcanic ash close to the sarcophagus.

The box bore inscriptions in ancient Greek that referred to John the Baptist and the date that Christians celebrate his birth, June 24.

The findings of anotherOxfordresearcher, using historical documents, suggest that the monastery of Sveti Ivan may have received a portion of John the Baptist’s relics in the fifth or early sixth centuries.

The findings are to be presented in a documentary to be aired on The National Geographic channel in Britain this Sunday. I will keep you in touch with developments. We should remember the words of John the Baptist that we should all repent and believe the good news about Jesus.