A thing most wonderful 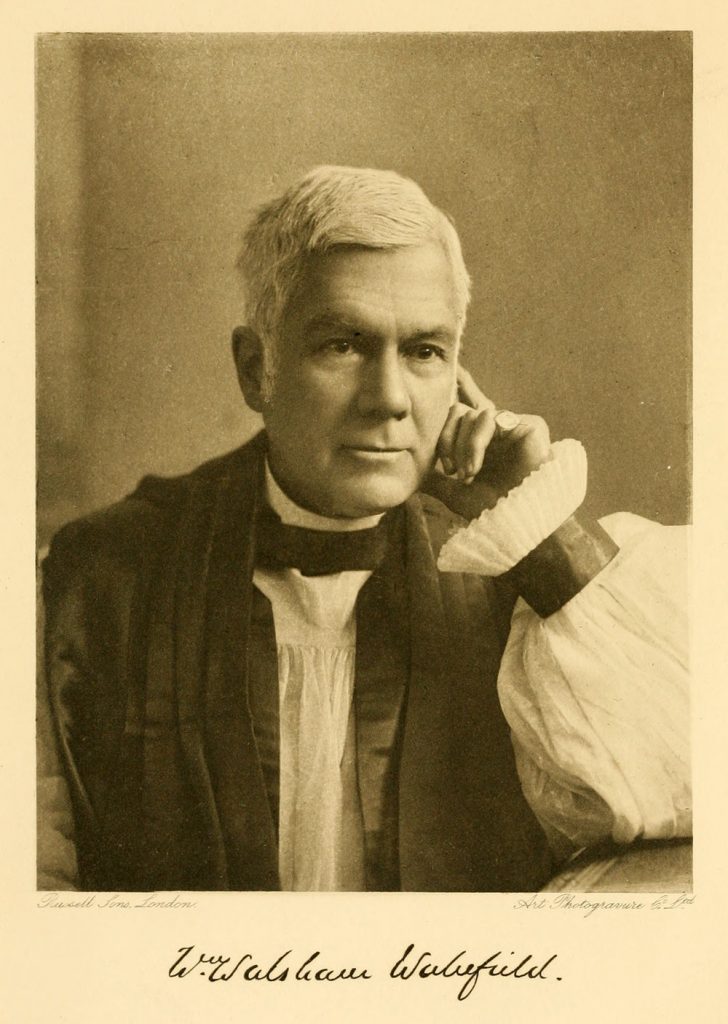 William Walsham How (1823-97) was educated at Shrewsbury School and Wadham College, Oxford, where he graduated in Classics before reading Theology at Durham. A small man who needed a platform in the pulpit so that the congregation could see him, he cared deeply for people of every sort, especially children. Leading a well organised and disciplined life, he got things done.

After 28 years as Vicar of Whittington in Shropshire, he accepted in 1879 an invitation from the then Bishop of London, John Jackson, to become a suffragan bishop in the East End of his diocese. Walsham How set about his task with enormous vigour and it was said of him that he was ‘worth 100 curates’. He soon became a familiar sight in the East End bustling around on public transport in his gaiters so that they called him ‘The Omnibus Bishop’ but also ‘The Children’s Bishop’ because he was so much loved by those in their earliest years.

Walsham How had responsibility for the parishes of Bethnal Green, Hackney, Stoke Newington and Whitechapel. He described the conditions in Whitechapel – girls with no shoes, men’s lodging houses with 200 beds as well as recording the growth in poor immigrant arrivals from Eastern Europe. How raised funds to increase the number of clergy to match the needs of the diocese and welcomed them to his home, Stainforth House (overlooking Clapton Common and sadly recently demolished), spending every weekend with one or other of them in their parishes.

While busy in the East End, he received a letter from the Prime Minister offering him the bishopric of Manchester. He declined telling the PM that he believed it his duty to stay in east London. Eventually, when Frederick Temple moved from the Diocese of Exeter to become Bishop of London, with different views on the work of a suffragan bishop, Walsham How was persuaded to become bishop of the new diocese of Wakefield, in the southern part of Yorkshire’s West Riding, with more than its fair share of slum property.

In Wakefield, How demonstrated his usual energy and flair, devoting his time to pastoral work in the parishes. When offered the prestigious bishopric of Durham, he once again declined pleading that God had work for him to do in Wakefield. Queen Victoria thought a great deal of him and mentioned his name as a possible Archbishop of York, a suggestion which was not acceptable to the Prime Minister, Lord Salisbury.

William Walsham How was also a hymn-writer and many people are familiar with his magnificent hymn for All Saints’ Day ‘For all the saints’. But I am particularly fond of one of the hymns he wrote with children especially in mind – ‘It is a thing most wonderful’ especially verse 3:

I sometimes think about the cross,

And shut my eyes and try to see

The cruel nails and crown of thorns,

And Jesus crucified for me.

All How’s hymns include a response from the singer and this comes in the final verse:

And yet I want to love Thee, Lord;

O light the flame within my heart,

And I will love Thee more and more,

Until I see thee as Thou art.

The hymn reminds us that the central symbol of the Christian faith could have been a manger, a throne, an empty tomb or even a dove symbolising the Holy Spirit. But it is in fact a cross. Christianity’s first great evangelist and founder of churches, the Apostle Paul, reminded Christians in Corinth that when he first came to them ‘I determined not to know anything among you, save Jesus Christ, and him crucified’ (1 Corinthians 2:2).