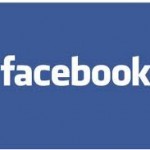 The self-reporter. This is the guy or gal who posts just about every move he or she makes during the day—tasks, activities, errands, locations, schedules, daily plans, or this doozie (from a reader): “So thankful it’s FRIDAY!!!!!” Shocking. Most people hate Fridays. (via)

The broken record. You know that guy who only posts about politics or sports? Or maybe the mom who floods your newsfeed with images and updates about her kids? These are the broken records; the people who post on only one topic. It’s too predictable. Update about something else, anything else—even if it’s how much you enjoy Fridays. (via)

The Facebook only communicator. Here’s the Facebook user who updates his or her profile instead of calling or emailing. One reader used the example: “Are you going to pick up the cake for the party tomorrow, or should I?” That doesn’t belong on Facebook. It’s a phone call.

The zealot. There’s a “hallelujah” or “praise God” in every update. Wonder if it will pay off come Judgment Day—I mean, tomorrow. (via)

The emotional blackmailer. The person who writes, “90 percent of you won’t have the courage to repost this.” Who are you, Dirty Harry? If only we had the courage to tell you to shut up. (via)

The Facebook DJ. This is the Casey Kasem of your newsfeed. Every morning, afternoon, and evening you get a YouTube music video. Nothing else. Just the music video. “It’s like she’s a radio station you can’t turn off,” one reader said. (via)

The interloper. This is the guy—because, let’s be honest, the interloper is almost always a guy—who comments on everything. Talking to your girlfriend? There he is, weighing in on the conversation. “Inside joke with friends he’s never met?” Doug Sears Jr., continued. “It’s cool, he gets it anyway. He loves that song, he ‘likes’ innocuous comments your mom leaves on the wall, and posts 90 links a day. You will not forget that he’s on Facebook.”

Bedtime for Bonzo Facebook. You check your newsfeed in the morning and there’s a “good morning” update. The evening before, that same person has offered the “good night” update. (via)

The weather man. If you’re friends with this person, there’s no need to check Weather.com. Log on in the morning and notice the update (from a reader): “Good morning, New York! Bring your umbrella, it’s going to rain.” The only thing missing is “a hearty birthday wish to Miss Almaline Magillicuddy, who’s 100 years young today.”

The narcissist. Ever had this conversation? “Hey, man, what did you think of that Bulls game last night?” The response: “Didn’t you see my Facebook update about it?” Bet you never knew it was your daily must-read. (via)